Today, over half of the world’s population lives in urban areas and by the middle of this century 7 out of 10 people will live in a city. This increased urbanization has also lead to more and more people residing in informal settlements, generally known as slums.

The challenge of slums

The proliferation of slums is a worldwide problem that the UN-habitat had coined “The challenge of Slums” in 2003. While there are many different definitions of what constitutes a slum, for residents the reality is often inadequate shelter, poor sanitation, insufficient access to healthcare and in general a poor quality of life.

By the middle of the 21st century, it is estimated that the urban population of developing countries will more than double, increasing from 2.5 billion in 2009 to almost 5.2 billion in 2050. In India (2011) roughly 13.7 million households, or 17.4% of urban Indian households, were considered to be part of a slum. Each slum in a city suffers from varying degrees of depravity.

This project aims to build high-resolution agent-based models that can describe the growth dynamics of slums in Bangalore. Such a model will create a virtual slum that decision-makers, and researchers, can use to explore how different policies would influence the growth, development or contraction of slums.

The project team plans to build on their existing work and develop a decision support system for slums in general, which will help guide experts when evaluating or designing policies to improve conditions within slums. This involves developing new computational methods for analyzing satellite images and new data visualization techniques for simulation steering.

Through extending the existing decision support prototype, and applying it to a new domain of slum policy, the hope is to generalize the current software. Therefore, this proposal will aim to develop a reusable software framework for decision support and disseminate it to other users. 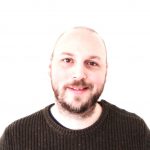 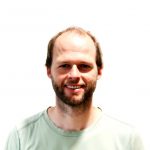 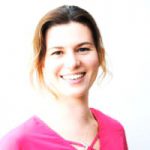 From theory to practice

Storytelling as a means of visual data communication