Although the e-Infrastructure of the Netherlands as provided by SURF and others is at a high level, the combined use of different e-Infrastructure components (for instance connecting two different supercomputers using a lightpath network connection) is still hard to accomplish. Especially when the resources are provided by different suppliers (for instance a database at a university, network connections from SURFnet and compute resources from SURFsara). A lot of manual steps are needed, usually requiring assistance from the operators of all e-Infrastructure providers involved. In order to be successful, users (researchers) also need to have an advanced understanding the e-Infrastructure themselves, knowledge not always available.

The mission of the Enabling Dynamic Services (EDS) project is to create a system that allows users to combine different pieces of e-Infrastructure (from SURF or otherwise) efficiently, both in effort of the user and in computational efficiency of the resulting system. EDS is a collaboration between different parts of SURF (SURFnet and SURFsara) and the Netherlands eScience Center. The EDS project is part of the SURF Integrated Federated Infrastructure innovation programme.

Focus on usability and user’s needs

In some ways the EDS project can be considered a follow-up of several infrastructure combining prototype projects, including the Enlighten Your Research Global eSALSA project, and research into Jungle Computing done in the Ibis project. An important lesson learned in these projects is the need to focus on usability. In addition, a good understanding of exactly what users need to solve their problem is very important. The EDS project therefore started by making an inventory of the relevant and available e-Infrastructure components and which combinations users would require in real use cases.

Equally important is to make sure to not build the needed system completely from scratch. A lot of (software) elements needed for combining e-Infrastructure are constantly developed. Building on existing solutions rather then re-inventing the wheel is key to making progress. 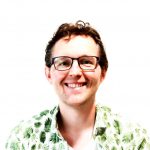 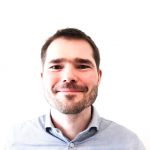 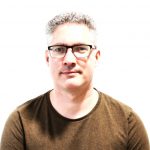