The world is rapidly urbanizing. In 1950 around 29% of the global population lived in cities. This number augmented to around 52% in 2010, and 67% of the population is expected to live in cities in 2050. This trend requires dedicated management to keep the enlarged cities and their surrounding countryside liveable, healthy and productive. Urban physical properties, such as high-rise buildings, concrete roads, water canals, or trees alter the local environment, often in such a way that meteorological and hydrological conditions change. For instance, during heat waves thermal comfort in cities is often poor compared to the surrounding countryside. In addition, the relatively large impervious areas make cities vulnerable to flooding in case of heavy rain.

“How will climate change affect the urban environment?”

This illustrates the need to understand urban hydrometeorology (the transfer of water and energy between the land surface and the lower atmosphere). How will climate change affect the urban environment? What will the consequences be for human thermal comfort, and how we should we arrange water management in cities? Important questions that we haven’t been able to answer yet, because of limited long-term observations and limited computational capacity for urban scale simulations.

The ERA-URBAN project takes up this eScience challenge and develops an environmental re-analysis on the scale of the urban environment; a long-term archive of urban energy and water balances at very high resolution (100m). Developing such an archive is now feasible as a direct and immediate extension of the (modelling and observational) infrastructure that has been built within NLeSC’s Summer in the City project.

Summer in the City aims at forecasting urban weather and climate on a scale of 100 m using a detailed atmospheric model. It concentrates on two cities, Amsterdam and Wageningen, each studied in detail for one summer period. Generalizing its approach to multiple cities and extending its scope to precipitation and water balance is a next logical step as it allows the systematic and consistent study of urban hydrometeorological properties among cities in different climate types and local climate zones. This also allows to explore different characteristics of the landscape surrounding the urban areas, which is a prerequisite for answering urgent, currently open research questions.

Making the data in the long-term archive meaningful, insightful and useful

The goal of ERA-URBAN is to make the data in the long-term archive meaningful, insightful and useful for scientists, local-scale urban planners, policy makers, (local) companies and individual citizens. This requires a high performance computing effort by multi-model simulations, combined with data-assimilation of large volume multi-source hydrometeorological observations.

A number of cities of contrasting size on the pan-European scale will be covered in this project. The development of the ERA-URBAN archive allows for exploring three scientific themes, related to pressing problems of the urban hydrometeorological management:

Business partners in wind energy and water management will explore the practical applicability of ERA-URBAN, which will be made publically available for use in science, engineering, and consultancy. 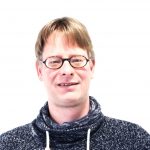 Scaling up pan-genomics for plant breeding

Translating weather extremes into the future – a case for Norway