There is still much uncertainty about the effects of climate change on the North Atlantic Ocean circulation, which affects both sea level and temperature in the region. Climate models indicate that the increase in greenhouse gases in the atmosphere over the next decades may cause changes in the Atlantic Meridional Overturning Circulation (AMOC, the ocean circulation responsible for the meridional heat transport).

The AMOC is sensitive to freshwater input into the North Atlantic Ocean, caused for example by the melting of the Greenland Ice Sheet. Changes in the AMOC will affect both surface temperatures over Western Europe and the Atlantic sea level, the latter having consequences for regional sea level changes. It has been estimated that a rapid decrease of the AMOC may lead to a temperature drop of a few degrees over Western Europe. However, the regional climate changes due to such an event, as well as the changes in extreme events, are not well known due to the relatively low resolution of the climate models currently used.

“A rapid decrease of the AMOC may lead to a temperature drop of a few degrees over Western Europe.”

Simulating a change in the Atlantic Ocean circulation

A team of experts from climate modeling, high performance computing, high performance networking, and visualization will perform a `showcase’ extreme high resolution climate simulation (with an atmospheric model resolution of 50 km and an ocean model resolution of 10 km) in which the Atlantic Ocean circulation is changed by a strong freshwater perturbation. The team studies the effect of the ocean circulation changes on regional (Western Europe) climate changes and will focus particularly on changes in (temperature and precipitation) extremes.

The (22 M) core hours needed to perform the climate simulations have been obtained on the Hermit Tier-0 platform at HLRS (Stuttgart) through a PRACE project. This data is transferred by gridftp from the Hermit to the Dutch national supercomputer Cartesius. Cartesius will analyze and visualize the data using the software produced within the Netherlands eScience Center’s eSALSA project. This project is connected to the Netherlands eScience Center’s eSALSA project. In the eSALSA project focus is on the application of novel distributed computing techniques within a high-resolution ocean model. In the current path finding project, a climate model (the CESM) is used but it is run on a single platform (Hermit) without any special features on distributed computing. 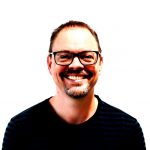 Arctic impact on weather and climate