From Antiquity onwards, visitors from the Low Countries left numerous traces of their presence in the Eternal City. As pilgrims they founded their own churches; as scholars and painters they gave testimony to the many faces of Rome in ideas and artworks. Some even reached the highest echelons of Roman society, such as Pope Adrian VI. Protagonists in the making of a Dutch cultural and artistic identity from Erasmus to Escher spent formative periods in Rome, and their works bear the marks of this cultural exchange and confrontation. Rome’s heritage is also a Dutch heritage, and Dutch culture is also the culture of Rome. HADRIANVS makes this heritage accessible for the first time in a user-friendly digital environment, suitable for researchers and the general public.

An interactive platform about Dutch presence in Rome

HADRIANVS aims to provide an interactive platform that discloses all traces of Dutch art and culture in Rome. Since the start of the twentieth century, much research has been done on the importance of Rome in Dutch history and the impact of Dutchmen in Rome through the ages, but the results of this research are highly dispersed and often difficult to access. HADRIANVS offers a digital environment in which all knowledge about the Dutch presence in Rome can be collected, divulged and explored, by researchers and the general public alike.

Two issues are central in HADRIANVS: the role of Dutchmen in the historical representation of Rome, and, vice versa, the role of Rome in the development of a Dutch cultural identity. Since antiquity, Rome has been regarded as the Eternal City, as the timeless capital of Western civilization. How have Dutch visitors contributed to this image of Rome? Which sights did they visit, paint, and write about? And to what extent has this confrontation with Rome fashioned a Dutch identity? In recent years, much is being said about the development of a national Dutch identity, yet mostly from an internal perspective, looking at the Netherlands from within. But how does Dutch culture look from a distance? Moving the focus to Rome, HADRIANVS takes an explicitly external and international perspective, examining Dutch identity sub specie aeternitatis.

To confront the first challenge, the project will develop a common data model to integrate HADRIANVS with other heterogeneous data sets, specifically the Biography Portal of the Netherlands (for biographical data on Dutch artists and scholars in Rome), and ZUCCARO (for visual, geographical and (art)historical information relating to Rome). The second challenge will be tackled by developing a semantic demonstrator for analysis and visualization of the integrated data, specifically designed for visualizing the links between international networks in Rome and the artistic representation of locations in Rome.

Rome occupies a special place in the Western imagination. As a centre of culture and power, it has always played a pivotal part in European history, attracting visitors from abroad coming to contemplate the city’s antiquities, to study its collections and libraries, to visit its churches and museums – or simply, to fight in Rome’s armies. As a caput mundi orcommunis patria, Rome is by definition an international city, where different peoples and national communities have always found refuge and inspiration. No other city in the world knows such a long history of continuous foreign presences. Therefore, Rome is the ideal location for a diachronic and comparative study of Dutch art and culture. The focus on Rome makes it possible to reveal the continuities and discontinuities in the longue durée development of Dutch identity within its international context.

A history of differences and ambiguities

Throughout history people from the Netherlands have been among the most important visitors to the Eternal City. In the days of Nero, soldiers from Batavian origin moved to Rome as members of the imperial bodyguard, and their funerary monuments still testify to the development of a distinctive Batavian ethnic identity. Later visitors from the Low Countries also established their own communities, from the pilgrim churches of Santa Maria dell’Anima and Santi Michele e Magno to the painter societies of the Bentvueghels and the Bamboccianti and the military regiments of the Zuavi Pontifici. Some Dutchmen visited Rome only once, such as Erasmus, appaled by the pomp and decadence of Roman life; others, like the writer Couperus, could not resist the city’s temptations and came back over and over again. Some Dutchmen enjoyed much success in Rome but left after a few years, taking Italian knowledge and inspiration north, like Maarten van Heemskerck and Gerrit van Honthorst. Others would stay in Rome for good and eventually lost their northern roots, Italianizing even their names, such as Giovanni Vasanzio and Gaspare Vanvitelli. The history of Dutch art and culture in Rome is not a uniform history with a single, clear-cut storyline. It is a history of differences and ambiguities, with the Eternal City itself as the only constant factor.

There was one Dutchmen who once ruled the Eternal City: pope Adrian VI, known in Latin as Hadrianus VI. Elected pope in 1522, Adrian tried to leave his mark, but largely in vain: he died in office a year later, scorned by the Romans as a ‘barbarian’, and his overall impact was nothing but ephemeral. His example shows that HADRIANVS is not merely about success stories. Instead, HADRIANVS aims to give a comprehensive overview of the confrontation between Rome and the Netherlands, including all the tragedies and farces that define the course of history. 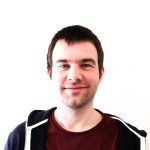 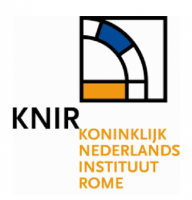 A new approach to the history of parliamentary communication and discourse