Clouds and convection processes are important for the climate system, yet they are not explicitly resolved in global climate models due to computational limitations. The approximate parameterized representation of these processes is the main source of model uncertainty in climate models and has hampered progress in our understanding of the interaction between clouds and the large-scale circulation for decades.

“Clouds and convection processes are important for the climate system.”

This way, the parameterized descriptions of clouds, convection and turbulence with all their shortcomings will be replaced by a realistic 3-dimensional simulation technique for these processes.

Although computationally more expensive than traditional parameterizations and conventional super-parameterization, this approach is ideally suited to take full advantage of present-day parallel computers because of the minimal communication between the LES models and will be much more efficient than a direct simulation on the large scale at the resolution of the nested LES model.

This project team will use state-of-the-art high performance computing (HPC) technologies to make this approach feasible and within reach of modern supercomputers. Furthermore, the team plans to employ recently developed algorithmic approaches to further speed up computations.

The overarching goal is to develop and explore a computational tool that is able to realistically resolve the interaction between the large-scale atmospheric circulation and the smaller scale cloud and convective processes.

Image: Perhaps the most impressive of cloud formations, cumulonimbus (from the Latin for “pile” and “rain cloud”) clouds form due to vigorous convection (rising and overturning) of warm, moist, and unstable air – by NASA http://eol.jsc.nasa.gov/SearchPhotos/photo.pl?mission=ISS016&roll=E&frame=27426 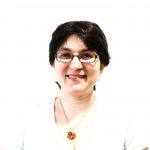 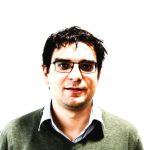 Visual stories based on scientific data

Virtual laboratories for inspiration and discovery in ecology