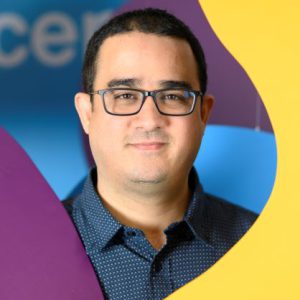 Abel Soares Siqueira has a PhD in Applied Mathematics from the State University of Campinas, Brazil, during which he worked on the extension of an optimization method for inequality constraints.

In late 2014, he became an assistant professor in the Mathematics Department at the Federal University of Paraná, Brazil. In that position, he became interested in reproducible research inside the nonlinear optimization field, which led to the creation of the JuliaSmoothOptimizers (JSO) GitHub organization. JSO consists of packages to support the development of optimization methods in the Julia language. It helps the researcher to prototype, test, benchmark, and publish the results with ease.

He’s also been interested in data science and machine learning since 2018. He helped create and manage an activity group in Brazil for students and practitioners called CiDAMO, which promotes monthly online meet-ups and has a yearly week-long event.

Since 2010, he has been involved in workshops and training camps like those of Software Carpentry, teaching mainly Git or Bash. Since 2020, he has focused that creative energy on producing YouTube videos (https://www.youtube.com/AbelSiqueira) primarily about the Julia language.

Abel joined the Netherlands eScience Center as Research Software Engineer in the summer of 2021.