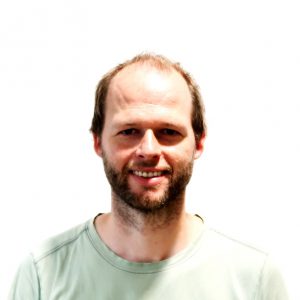 Bouwe studied at the of University of Amsterdam where he obtained a bachelor’s in Physics, and a master’s in Astronomy and Theoretical Physics.

His Astronomy master’s project was on estimating and modelling gravitational waves emitted from neutron star thermonuclear bursts, while his Physics master’s project was a theoretical study on extending the standard model of particle physics with right handed neutrinos and a heavy gauge boson.

After graduating, he started working in the space industry, where he developed software for processing image data acquired by earth observation satellites for KNMI and ESA.

Among other things, he implemented improvements to the algorithms used in the data processors, increasing the accuracy and dramatically reducing the processing time. He is most experienced in the languages Python and C, but very interested in learning new languages and programming concepts. His main research interest is applying advanced computational techniques to solve real world problems, e.g. in medical science, environmental science, or developing safer and greener technology.