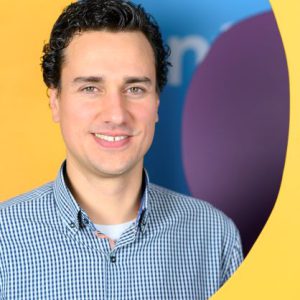 Ben holds a PhD in High-Performance Distributed Computing, specifically GPU Computing. He works as a Senior Research Software Engineer at the Netherlands eScience Center, where he is the leading GPU Computing expert.

His responsibilities include leading several projects, co-supervising PhD students and conducting research. As a senior researcher, Ben is involved in accelerating scientific research using GPUs in many collaborations with national and international partners, across many disciplines, including microscopy, climate modelling and radio astronomy.

Ben has published on methods for porting applications to GPUs, performance models, and tools for testing and auto-tuning GPU applications.

Ben is leading several work packages in large projects, including the NWO (NWA-ORC) CORTEX Project – the Center for Optimal, Real-Time Machine Studies of the Explosive Universe, and in the EU H2020 ESiWACE2 project – Centre of Excellence in Simulation of Weather and Climate in Europe.

In addition, he is co-PI of the eWaterCycle II project on the structural evaluation of Hydrological models. Ben is also a co-founder of the Netherlands Research Software Engineers community (NL-RSE).