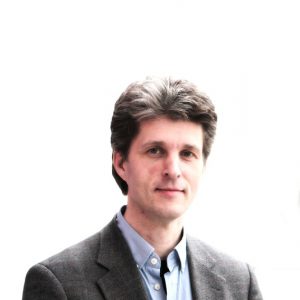 Frank worked as a scientific researcher in the fields of High-Performance and Distributed Computing, and eScience for nearly 20 years. He received a PhD in Computer Science from the University of Amsterdam in 2003, based on his thesis on user transparent parallel multimedia computing. From 2003 to 2009, as Postdoc at the University of Amsterdam and VU University Amsterdam, he generalized and expanded his PhD-work to ‘wall-socket’ multi-cluster distributed computing. In 2009, he became Assistant Professor at VU University and leader of the Jungle Computing Research & Applications (JCRA) group, focusing on the concurrent use of ‘any type’ of compute hardware in solving large-scale scientific problems. From 2009 to 2012, using the Jungle Computing paradigm, he led successful collaborations with many scientific domains, including computational astrophysics (Leiden University), climate modeling (Utrecht University), and remote sensing (University of Extremadura, Spain).

Frank has received several international awards (including a Most Visionary Research Award at AAAI 2007), and has won first prizes in several international computing challenges (including IEEE SCALE 2008, IEEE DACH 2008, IEEE SCALE 2010). Frank has been a Steering Group Member of generations 3 to 6 of the Dutch national Distributed ASCI Supercomputer (DAS). He has also been an initiator and Editor-in-Chief of SoftwareX, a scientific journal focusing on the open access publishing of peer reviewed and impactful research software. In 2016, he and his SoftwareX co-editors received the prestigious Association of American Publishers’ PROSE award for Innovation in Journal Publishing.

As of October 2021, Frank took on a new role at the eScience Center as its Policy Advisor.