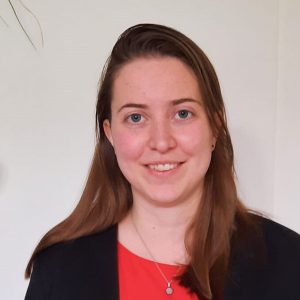 Laura studied physics and astronomy and obtained her PhD in astrophysics in 2019 from the University of Amsterdam. During her master’s she worked on data analysis of thermonuclear bursts on the surfaces of neutron stars in order to detect burst oscillations. Continuing to focus on neutron stars during her PhD, she worked on modelling the thermal evolution of transiently accreting neutron stars. She improved the thermal evolution code her team worked with by including a possibility for using time-dependent, observation-based accretion rates in the code. She continued improving the constraints on neutron star properties that can be obtained with the model, by focussing on multi-outburst modelling. After her PhD, Laura worked as a consultant and later on as a data scientist, during which she continued to develop her analytical skills.

Laura joined the eScience Center as a Research Software Engineer in December 2021. She has an interest in machine learning and loves solving complex problems with social impact.