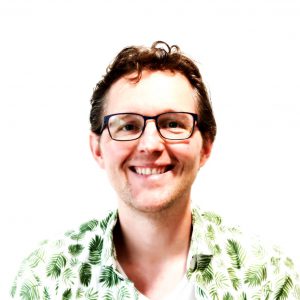 Dr. Niels Drost studied Computer Science at the VU University Amsterdam, specializing on Computer Systems, and resulting in a master’s degree in 2004. During his PhD research, he developed techniques and software aimed at making it trivial to use any available compute resource (including desktop machines, clusters, clouds, supercomputers, etc.) to run parallel applications on. His research resulted in the Zorilla P2P middleware system. He defended his PhD, Real-World Distributed Supercomputing, in 2010.

He was also one of the core developers of the Ibis project. The goal of the Ibis project was to make it possible for anyone requiring high-performance computing to use distributed systems with ease. With other members of the Ibis team, he participated in and won a number of competitions at international computer science conferences, including first prize at the IEEE International Scalable Computing Challenge in both 2008 and 2010.

In 2010, Niels became a Postdoc at the VU University, continuing his work on high-performance distributed computing. He was also a part-time guest researcher at the Leiden Observatory, in the Computational Astrophysics group of Prof. Simon Portegies Zwart. There, he applied distributed computing techniques to the AMUSE computational astronomy simulation framework.

Niels joined the Netherlands eScience Center in 2011. As a Research Software Engineer, Niels has led technical work across numerous projects and disciplines, including Astrophysics, Climate Sciences, Hydrology, and Archaeology.

Among others, Niels is currently Co-PI of the eWaterCycle II project on the FAIRification of Hydrological modelling, and is working on the IS-ENES3 project on Infrastructure for the European Network for Earth System Modelling. He is also the co-founder of the Netherlands Research Software Engineer Community (NL-RSE).