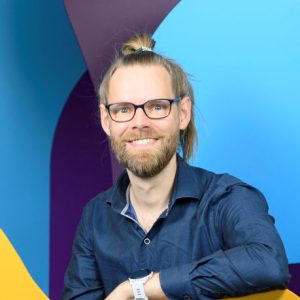 Ole studied Physics in Konstanz, Germany, where he built a high-repetition-rate laser for spectroscopy. During this time, he spent half a year in Boulder, Colorado, to create a laser setup for ionizing Beryllium atoms. During his PhD in Experimental Physics at Utrecht University, he built an ultra-high vacuum system where he used lasers to trap and cool rubidium atom clouds for studying atom-plasmon interactions. Since those experiments don’t run by themselves, he also set up and maintained experiment control and data servers, wrote experiment automation scripts, data analysis software, and numerical simulations to explain the results.

He then transitioned fully to the digital world and worked at Statistics Netherlands (CBS) as a Senior IT Researcher. During this time he investigated the latest technologies for the future of CBS, developed tools for smart data collection and analysis, and created a framework for privacy-preserving analysis of sensitive medical data. His dockerized OpenStreetMap route planner for concurrent travel queries facilitates transport and relocation statistics. Ole introduced mobile apps to CBS, and led the app development team for primary data collection that now involves many countries. He also supervised students and gave international IT courses and workshops about Big Data infrastructure, concurrency, and cloud services.