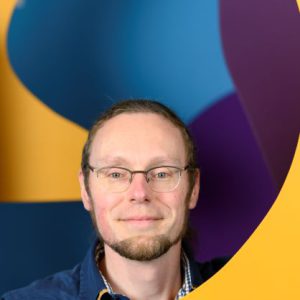 In the e-MUSC project, Lourens currently works on theory and tools for uncertainty quantification of compute-intensive multiscale models. For SECCONNET, he is designing a federated system for analysing data subject to policies describing legal, ethical and/or business-imposed constraints on the data and software involved.

Previously, he worked on the Enhancing Protein-Drug Binding Prediction project, where he created software facilitating large-scale molecular dynamics simulations on HPC machines for use in drug discovery.

Before joining the eScience Center, Lourens worked at the Computational Geo-Ecology group of the University of Amsterdam, where he led the design of the data model and system architecture of the Dutch National Database of Flora and Fauna (NDFF). This system is used by governments and companies operating in the Dutch landscape to ensure compliance with EU nature protection directives, and by scientists for modelling species distributions.

After this, he was a PhD candidate, working on the incorporation of dispersal limitations into species distribution models, and fitting such models to observation data using Bayesian techniques. He also supported research on ecosystem services by processing high-resolution global forest cover data to study fragmentation.

Lourens holds an MSc (Hons.) in Technical Computer Science from the University of Twente in The Netherlands.