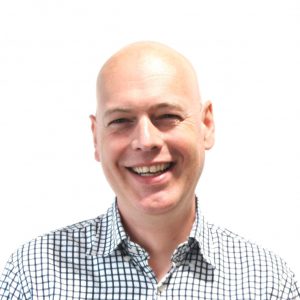 In May 2012, Rob joined the Netherlands eScience Center. Rob’s current position is Director of Technology. He is responsible for eScience Technology development in all projects, project leader of our eScience technology platform, and manager of the eScience Engineers. Rob also is a professor in “Efficient computing for eScience” at the University of Amsterdam in the Systems and Network Engineering group of the Informatics Institute.

Rob researches ways in which large-scale computing power can be used more efficiently in achieving scientific breakthroughs in various scientific fields. His research interests include high performance computing, parallel and distributed algorithms, computer architecture and accelerators, green computing, networks, programming languages, and compiler construction. Rob’s latest research focusses on exascale software infrastructure, and the use of deep learning and accelerators (GPUs) for radio astronomy. He currently is involved in the Efficient Deep Learning (EDL) NWO TTW project, as well as in the H2020 project PROCESS, a European Open Science Cloud (EOSC) pilot project on FAIR software and data for processing LOFAR observations, and the design of the central signal processing platform for the SKA telescope.

Rob received his PhD at VU University Amsterdam in 2003 for work on “Efficient Java-Centric Grid Computing”. Rob has designed and implemented the Manta, Ibis, Satin, and JavaGAT systems (now standardized in OGF as SAGA) and worked on the EU GridLab project, and the Dutch Virtual Labs for eScience project. In 2009, Rob started as a researcher at ASTRON, the Netherlands Institute for Radio Astronomy, where he performed research on radio astronomy algorithms and pipelines for LOFAR and the exascale SKA telescope. In 2011, he became Assistant Professor at VU University Amsterdam, where he taught many-core technology, and initiated the first and only CUDA Teaching Center in the Netherlands. Rob has (co)-authored over 100 refereed publications.

As Director of Technology at the eScience Center, Rob’s portfolio consists of the following: