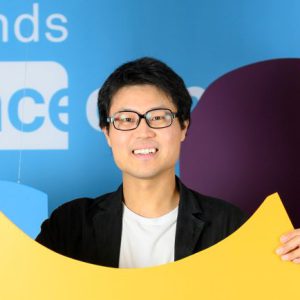 With a strong interest in physics and engineering, Yang started his bachelor in 2010 at Dalian University of Technology (DUT), majoring in Naval Architecture and Ocean Engineering. After obtaining his bachelor’s degree in 2014, he continued his studies in Offshore Engineering and moved to the Netherlands to pursue a master’s degree at Delft University of Technology (TUD). During his studies at TUD, he discovered the beauty of physics and numerical modelling, and further extended his interest in Computational Fluid Dynamics.

This brought him to Wageningen for his master’s thesis at the Maritime Research Institute Netherlands (MARIN). Yang obtained his master’s degree in 2016.

Driven by a broad interest in science, nature and technology, he joined the Netherlands eScience Center and was enrolled as a PhD candidate in the Meteorology and Air Quality Group at Wageningen University (WUR). There, Yang worked on the Blue Action project, which was funded by the EU Horizon 2020 Work Programme, and started his adventure in the Arctic weather and climate system. His research concerned atmospheric dynamics, numerical modelling, data mining and artificial intelligence.

After wrapping up his scientific contribution to climate science, Yang became obsessed with digital science and therefore continued his journey as a Research Software Engineer at the Netherlands eScience Center.